At University the other day we were asked a series of questions. Hard ones at that.

And so on for other things, classical music, art, artist, etc.

Then the hardest question.

I’ve never really sat back and actually thought about why some of my favourite things get the title.
Last night… I had a revelation.

“What is the film that means the most to you?”

I don’t remember exactly how old I was, maybe 11 when I first read an Aliens Comic Book. My sister used to check them out of the library when we visited with my mother. I remember the comic book being Aliens: Labyrinth. I don’t even know if I read all of it or not, seeing as it was my sister that got the book out, not me. But there was that lasting impression of it etched into my mind. Skip then to a family holiday in Florida. (I was still 11)
There was the excitement of being there most certainly! Yet more so for there being a new ride The ExtraTERRORestrial Alien Encounter. While having nothing to do with the Aliens Franchise – It was originally intended to be based upon the Alien movie, but due to the series being rated R it was scrapped and made more child friendly. It is that ride that changed my way of thinking.
I think that was the first time in my life I’d ever experienced fear, upon leaving the ride I was in tears, utterly terrified of what I had witnessed. 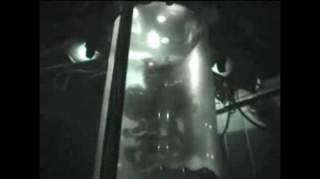 That doesn’t explain why Aliens means so much to me entirely though.
That ride (Which was removed in 2003 for being to intense for young children, shock horror!) was the start of it all. The start of discovering what the Aliens world was all about. I had that itch, despite the fear.

There is another reason though.
As someone aspiring to be the next best character designer, Aliens has it all.
There is such a jumbled mash of characters in the film that I cannot help but adore it.

From the loud-mouthed braggart of the Hudson to his absolute counterpart the calm and level-headed Dwayne Hicks. Throw in the emotionally tormented Ellen Ripley – who between the film Alien and Aliens has lost everything in her life that she holds dear – and the one that gives her meaning again; Newt. The incompetent Lt Gorman and the over confident, trigger-happy Vasquez. The inhuman-in-body Bishop, and the inhuman-in-action Carter Burke.
Of course there are other characters that I have failed to mention, not because they are non-descript and not because they’re overshadowed.
All of these characters are expertly written, designed and created, be it through their written banter to one another or their actions throughout the film.
To me, they all represent the fragility and uncertainty of human life, but thats a different conversation entirely!

That is something that I can only aspire too.

I just felt that I should elaborate on my reasonings, even if just to myself.