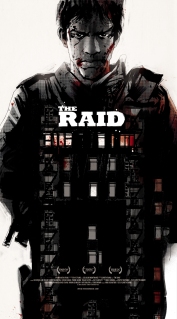 It’s been a while since I wrote anything about something I’ve recently watched.

I admit, then I first came across this movie I wasn’t overly convinced that it would be any good. I recall the trailer for it just looked terrible – giving the briefest outline for a plot and showing what looked like really poor quality film.

Still, when a friend recommends something it’s usually a good gesture to at least give it a try. So when Tom said that he and Shakahnna really enjoyed this film, that’s what I did. I gave it the benefit of the doubt and put it on my LoveFilm list.

Not for any spectacularly profound plot or any other such nonsense, rather for the glorious amount of enjoyable ass-kicking.

The plots pretty basic – a SWAT team go covertly into a building full of thuggy-baddies, get spotted and have to clear them out in order to get to the boss they’re trying to arrest. Everything goes wrong – but that’s where all the entertainment is!
There are the typical and really predictable plot twists – the corruption in the police force, the rookie SWAT team, the insider, the friendly resident in the building – but you know, when you watch the film you really don’t mind these glaringly obvious plot elements because you’re waiting to see the next wonderfully choreographed fight scene.
These really do steal the show, they’re perfectly put together dance sequences, and they look brilliant. Even the two against one final fight is masterfully pieced together, so really just watch the film for them – but then again why would you watch a film like this for any other reason?
You don’t need character development in every movie, and I think in this particular case it would just slow the action down. I rarely say that about movies as I adore character driven plot, but in this case I think it best to just enjoy the action and what character driven stuff there is in the obvious plot.
What’s not so hot about the movie. There is a Hollywood remake due. Hmmm. Not sure what to think about that, I don’t think the action needs to be more actiony, I don’t think the plot needs any elements adding as they’d just be a distraction from what the movie is intended to be – an ass kicker! 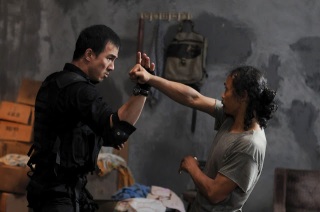 Honestly, it brought back memories of watching and playing Street Fighter – especially the double team fight against one bad-guy.