A treat for the eyes

I wasn’t completely happy with how the photographs in my previous post turned out. Especially the ones of a certain Khorne Warrior Banner Bearer. I don’t feel I ever captured him properly. He is a very impressive model and I certainly didn’t feel I did him justice. I still don’t feel like I have done here either; but I’ll get on to that! 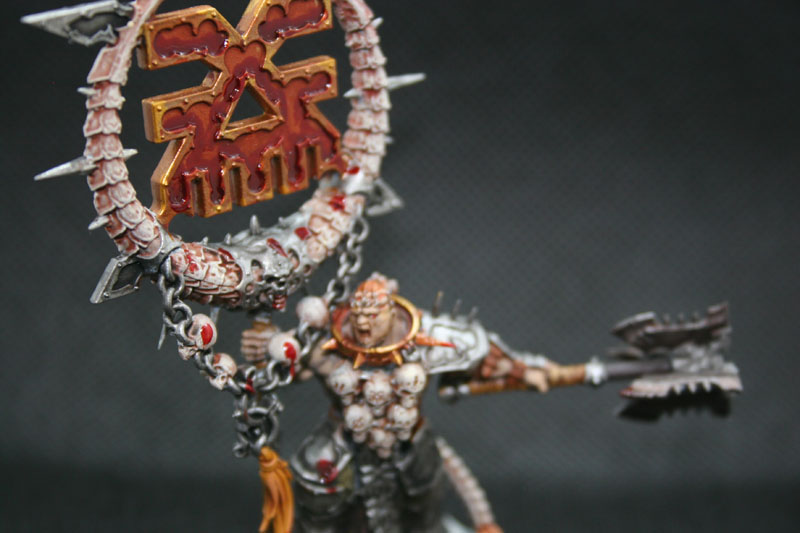 I was convinced that I was using the correct aperture so I was frustrating myself that the results weren’t what I was looking for; especially seeing as I’d just got hold of a light room to help the backgrounds look decent.

So there I was scratching my head wondering what was going wrong. Best thing to do was leave it alone and have a think about it. A brainwave occurred to me and it was time to dig out the trusty ‘Photography Bible.’ So called because I have used this book for handy reference since I initially became interested in photography. It has everything in it that I need even though photography has clearly moved on a lot since it was written. I wonder if it’s worth an upgrade? Skipping to the Aperture/Depth of Field section I had made a grave mistake! I’d remembered my fstops the wrong way round! What a mistake to make!!

This does mean however, I have a direction for my next session and have taken something away from this one.

It’s great to know that not everything has to be a success for it to be successful.

One response to “A treat for the eyes”