Long ago, The Lord Aiduel emerged from the deserts of the Holy Land, possessed with divine powers. He used these to forcibly unite the peoples of Angall, before His ascension to heaven.
Over eight hundred years later, in a medieval world that is threatened by war and religious persecution, four young men and women begin to develop supernatural abilities. These forbidden and secret powers will shatter the lives that they have known and will force each of them to confront the mystery of the ethereal Gate which haunts their dreams. What does the dream mean, and how is it connected to their burgeoning abilities?
As they experience conflict, love, lust, and betrayal, in lands that are being overtaken by war, they must try to stay ahead of and to survive the sinister forces which are now pursuing them. For they are being hunted…

I was approached by author Daniel T Jackson on Twitter about reading their book, Illborn. I’m always happy to be approached for reviews and try to fit books in – if I have the time – and agreed. I purchased a paperback version purely on the basis of the cover!

Illborn is the first book in the Illborn saga and author, Daniel T Jacksons, debut novel. A character-driven novel with a focus on four leading protagonists, each heralding from a different culture and offering differing interpretations of the world around them. The plot of Illborn is driven by these characters’ experiences and they are shaped by the events and visitations around them; each is granted some mysterious ‘power’ which enables them to gain an advantage over those around them in their own unique manner.

The Prologue of Illborn is a real hook, a healer is asked to visit a farm by a concerned father of an unwell child – the prologue comes to an unexpected conclusion that sets the background for the entire novel. It gives the underlying themes that are rampant throughout the book; religion, unknown powers, theological questioning, violence, and heresy – I fully confess, I was hooked after the first few pages. These are themes that I absolutely adore in fictional novels so whilst reading Illborn, I was in my element.

As mentioned, there are four characters that take the centre stage. Arion, the third son of a Duke, is destined for Priesthood through his heritage. Priestess Leanna Cooper, a devotee of Aiduel. Allana de Moni, seamstress fugitive and Corin the weakling son of a reputable tribesman. Each of these characters has their own appeal and reading about them is an honest pleasure; putting their lives into simple statements does them absolutely no justice as each of these characters rapidly changes and develop throughout the progression of Illborn so that they are barely the same characters at the end of the novel as when they start. As the story progresses each of them starts developing unnatural powers; powers which are seen through superstitious eyes as a clear mark of heresy by the Holy Church. Clearly, they are forbidden powers and add complications to each of the characters lives in one manner or another.

Each chapter offers a point of view of one of the four characters and the trials that are thrown their way and each of the storylines is as enthralling and engaging as the other. More often I was reading through the chapters, eager to know what happened to the feature character, but always with the lingering notion of ‘What’s going to happen to…?’ There was a feeling of deep connection to the characters involved and at times I felt fearful of their fate or joyful when something happens to go their way. The characters in Illborn are the driving force behind all that happens, so while the main plot hook might feel lacking at times, it is the four protagonists that pick up the slack. There is a deep level of emotional investment into each of the characters’ lives and a feeling of intimacy towards the reader for being allowed to delve so deeply into what drives them.

Set in its own world setting, the building behind the setting is just as fantastic as the characters are. There is vivid imagery for each element of the world that is explored and considering Illborn is set over a vast continent with differing cultures, this is a wonderous feat indeed. The world feels so polished and each of the conflicts enveloping it feel stunningly realistic; war, religious persecution and how they impact the world in which they are set – reading about villagers ire towards defeated armies helps to embed the impact the actions of a few have on the world as a whole, for example.

Alongside the main characters is a plethora of supporting characters, each with a voice and personality of their own. From the loving companions to the vile members of the Priesthood, each one feels as realistic as the next. Some will stir feelings of joy, others of hatred – and to stir these emotions in the reader is a feat in itself for which I applaud Daniel T Jackson. It’s this ability in story-writing and wordcraft that takes Illborn from a mediocre read to a sublime one.

And this is considering the unfortunate flaws of the novel. At the beginning of Illborn, there is a fair amount of repetition – the characters suffering from the same dream which is shared each time – I can understand the need to reiterate this aspect of the novel considering the dream is being presented to a new character each time, but as a reader, I found this jarring. There’s also something to be said about some of the writing (not all of it) at times it becomes a bit heavy-handed and it’s simple things that a good edit should pick up. Some of the languages felt ‘wrong’ for the world-setting and there are a few misconstructed sentences. And yet, this didn’t stall my enjoyment of the novel. At over 700 pages, I was intimidated by this book, but it flew by! It was certainly one of those books that I felt addicted to and couldn’t put down. There was a desperate eagerness to know what each of the characters was going to encounter and cope with next.

What I admire about Illborn is the balance throughout; there is enough of the wondrous elements of story-telling that makes it feel like a complete book – world-building, character-drives, development and emotions, action and consequences. All while offering a refreshing read away from too many of the tried and tested tropes. The religious element to Illborn won’t suit every reader. However, I adored the comparison that can be drawn between the world in Illborn and the religious history of The Crusades. Fictional religious wars are something that I adore reading about and having such strong elements within this story made my heart sing with delight.

Illborn is the first book in a projected series of four novels as such, the plot doesn’t resolve completely; yes a lot of the trials are seemingly overcome, but there’s still enough questions to be left answered by the end. Questions that I hope are addressed and answered as the rest of the series continues – a series that I am eager to read the rest of already!

A well-paced, character-driven story with an emphasis on development through adversity trials. With underlying themes of religion and heresy. An absolute monster of a book that flies by and compels the reader to keep turning the pages with beautiful world-building and setting development. Absolutely recommend this book to those that adore theological themes and character-driven narrative. 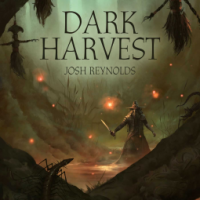 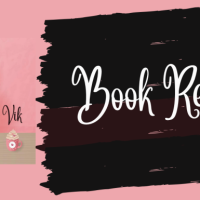 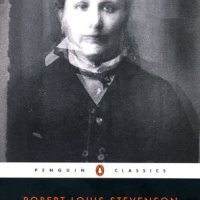 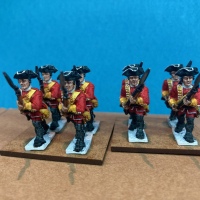 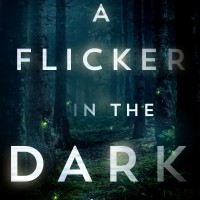 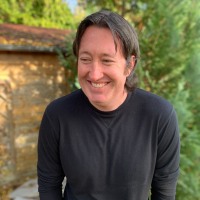